The case of Barberton Citizens Hospital v CGS Administrators, LLC/Blue Cross and Blue Shield Association (Barberton) led to a series of changes—including both PRRB actions and Centers for Medicare and Medicaid Services (CMS) actions in 2016—that impacted the filing of amended cost reports to include additional Medicaid-eligible days.

Summary of the Barberton Decision

In Barberton, the Medicare Administrative Contractor (MAC) challenged the PRRB’s jurisdiction to hear a Medicaid-eligible days appeal. The MAC asserted the hospital couldn’t be dissatisfied with the MAC’s determination because the hospital didn’t claim the additional Medicaid days at issue in the initial cost report.

It also ruled that that a hospital has the burden of proof to ensure only days verified with the state as Medicaid eligible are claimed due to Health Care Finance Administration Ruling 97-2, which requires hospitals to claim only state-verified Medicaid-eligible days.

To be heard by the PRRB, a hospital must establish a practical impediment for why it couldn’t claim the days at issue when the cost report was filed.

This article won’t discuss the legal implications this decision has for pending or future PRRB cases regarding the Medicaid-eligible days issue in this article. It will, however, use the provider’s assertions and the PRRB’s conclusions to highlight the importance of retrospective reviews of Medicare DSH calculations and the pursuit of appeals or reopenings of cost reports to include the identified additional days.

In Barberton, the PRRB ruled the following.

The provider established there was an impediment associated with retroactive eligibility determinations.

Namely, in-process eligibility determinations could take up to a year after the date of service, making it impossible for the provider to claim the days in the initial cost report.

Unbeknownst to the hospital, changes to eligibility determinations or demographic data are continually updated in the eligibility database. These changes yield different eligibility verification results based on the timing of the matching frequencies.

In this case, there were limitations around accessing the state’s database because necessary data elements were continually being updated.

The state’s database was dynamic and more times than not, matches performed a significant period of time after the cost report was already filed would yield more complete and comprehensive results.

However, even with the robust process confirmed by the PRRB, the hospital’s consultants identified a substantial number of additional Medicaid-eligible days that the hospital didn’t identify.

In the 2016 Outpatient Prospective Payment System (OPPS) final rule, CMS acknowledged that documentation of all Medicaid-eligible days may not be available when filing the initial cost report due to items outside the control of the hospital.

Therefore, CMS established a process so that hospitals can submit an amended cost report to claim additional Medicaid-eligible days, which should be accepted by the MAC.

This opportunity comes with conditions reminiscent of the Barberton decision. Namely, a hospital must do the following:

What Hospitals Can Do

After all these years, many hospitals aren’t complying with these requirements.

CMS data shows many hospitals never revisit their Medicare DSH calculation after filing the cost report and aren’t adhering to this 2016 requirement. Additionally, many hospitals still handle this process internally without employing independent resources for a second look which, while not required, is often beneficial.

So, where should hospitals start?

Medicaid eligibility determinations are a dynamic process and hospitals can’t be assured that they’ve captured all the days they’re legally entitled to claim until long after filing the cost report.

As with many functions in many businesses–you can’t be an expert for all things, so consider independent help. Determining a patient’s Medicaid eligibility is much more of a detailed and comprehensive process than recognized by hospitals.

All states have different processes and procedures for obtaining eligibility matches, and most states have hundreds of eligibility codes to evaluate–many of which aren’t eligible for inclusion in the Medicare DSH calculation.

Where appropriate, it may make sense for hospitals to file PRRB appeals.

Analyzing cost-reports for federal fiscal years 2014–2019 in the HCRIS database showed that where days did change, on average Medicaid-eligible days increased between 1% and 9%.

This includes verifying you meet the standard the PRRB set forth in Barberton, which included using all “available practical means to identify, accumulate, and verify Medicaid-eligible days” when filing cost reports.

You’ll also want to make sure you meet the standard set by CMS in the 2016 OPPS final rule.

Consider employing an independent third-party review of Medicaid eligibility days subsequent to the filing of the cost report but within the timeline established by the current CMS process to amend cost reports.

Yes, you can refresh the work you performed internally at a subsequent date, but that wouldn’t necessarily give the hospital the best opportunity to ensure it’s capturing all the Medicaid patient days it’s legally entitled to claim.

Michael Newell has worked in healthcare financial management since 1982. He specializes in preparing and reviewing Medicare DSH and Worksheet S-10 for cost report filings. He can be reached at (469) 587-2120 or michael.newell@mossadams.com. 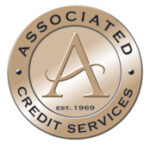